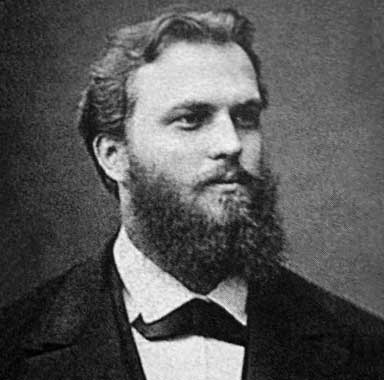 Jireček was the son of Czech historian Josef Jireček (1825–1888) and Božena, a daughter of Slovak philologist Pavel Jozef Šafárik (1795–1861). His family was deeply involved in Slavistics.

Jireček was brought up in Vienna and enrolled in the 1864–72 period at Theresianum, a prestigious preparatory school in Vienna. During his education, he became very interested in and studied several foreign languages (French, Serbo-Croatian, Bulgarian, Italian, Russian, English, Hungarian, Turkish and Greek). In 1872 he became a student at the Philological Faculty at the University of Prague, where he studied history and modern philology. At this time, his nearest friends included French historian Ernest Denis (1849–1921) and the sons of Bulgarian theatre director and actor Krastyo Pishurka. In 1874 he took a study trip to Croatia-Slavonia and Serbia, after which he published several essays on the history and traditions of the South Slavic countries.

In 1876 he had his first book published, the History of the Bulgarians, a historiographical work spanning the medieval Bulgarian state foundation to the Ottoman conquest, which attracted great attention to the 22-year-old historian. This was due to the European public's interest in the April Uprising of the Bulgarian people, a people little known in Europe at the time. For his dissertation on the history of the Bulgarians, Jireček was awarded the title of doctor in philosophy in 1876. In 1877, his habilitation work was divided between Constantinople and Belgrade (Serbia).

After the end of the Russo-Turkish War (1877–78), which saw the re-establishment of the Bulgarian state, he helped construct the administration, school system and economy in the newly founded Principality of Bulgaria. In 1879 he was employed by the Bulgarian government, and from May to July 1881 he served as Minister of Foreign Affairs, then until 1882 as Minister of Science. In 1884, he was appointed director of the National Library in Sofia. During his stay, he devoted himself to research in Balkanology and Byzantine Studies. He published his results in numerous studies and monographs.

From 1884 to 1893 he taught universal history as a full professor at the Charles University in Prague. After that, he was a professor of Slavic philology at the University of Vienna until his death in 1918. Carl Patsch succeeded the office at Vienna.