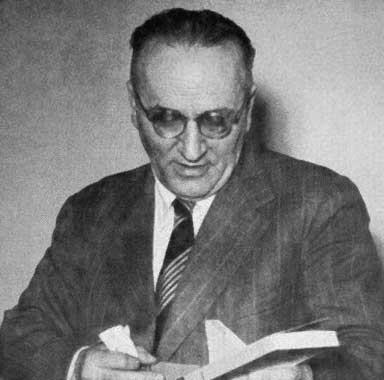 He was born in the small Istrian village of Šegotići (part of Marčana). Istria was then the Austrian Littoral (now in Croatia). The contingencies of history were such that Ciliga, Croat by language and culture, was successively an Austrian citizen until 1919, then an Italian citizen until 1945. Coming from a family of Croat peasants, his grandfather shared with the young boy "the interest which he showed in Croatian culture and in the struggles for national emancipation directed against the urban Italian bourgeoisie and the Germano-Austrian administration". Ciliga became a member of the Central Committee and Politbureau of the League of Communists of Yugoslavia (KPJ), as well as chief editor of Borba newspaper and Regional Secretary for Croatia. After moving to Vienna in 1925 as the local representative of the KPJ, he settled in the Soviet Union, where he lived from October 1926 to December 1935. His first three years in the USSR were spent in Moscow, where he worked as a teacher at the party school for émigré Yugoslav Communists. He was a sympathizer of the Left Opposition. He wrote that one possible reason for the rise of Joseph Stalin was that many Soviet politicians, even committed communists, believed that the Soviet Union consists of backward, Asiatic peoples who need a dictatorship.

In 1930, Ciliga taught at the Communist University of Leningrad. Arrested by the GPU because of his opposition to the policies of the Soviet government, he was deported to a labor camp in Siberia. For the rest of his life, Ciliga lived in France and Italy. Already expelled from the Yugoslav Communist Party in 1929, he later resigned from his position. Few of Ciliga's extensive writings have appeared in English translation. His pamphlet The Kronstadt Revolt was published by Freedom Press in 1942. He was released from Jasenovac in January 1943 for reasons unknown. The first part of his account of his time in the Soviet Union, The Russian Enigma, was distributed by the Labour Book Service in 1940, and the complete text was published under the same title by Ink Links in 1979.

He later abandoned communist politics, becoming an "ardent nationalist". He contributed to the Ustaše ideological newspaper Spremnost, later criticizing Ante Pavelić in the following manner: "With one word, Pavelić [by his policies] disunited the Croats, united the Serbs, strengthened the Communist Partisans, and blindly tied the Croatian cause to those who were bound to lose the war. It is difficult to imagine a more suicidal policy. "Writing years later, Ciliga noted that, "I was for the ustasha (sic) state, I was for the Croatian state. And I defend that thesis. The ustasha (sic) state needed to be reformed, not destroyed."