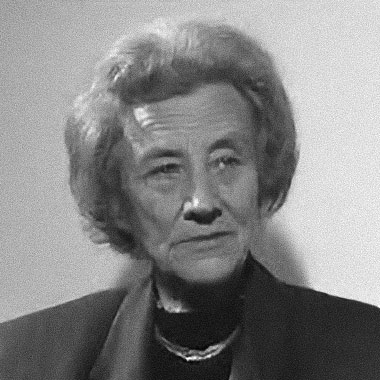 She was born in Schlawe, Germany, and left at age 14 with her family for Spain in 1935 after Hitler seized control.

She worked as a nurse in the Spanish Civil War on the loyalist side for four years and fled for France after  Franco’s victory. She was placed in an internment camp and was rescued by Noel Field, a member of the Disarmament Committee of the League of Nations.

In 1950, when her son and daughter were infants, Mrs. Wallach traveled to East Berlin to obtain information about Field and his wife, who had been arrested behind the Iron Curtain.

Mrs. Wallach said she was led into a trap by a friend and she was arrested. She was tried on espionage charges in Moscow, found guilty and condemned to death in December 1952. But Soviet leader Joseph Stalin died the following year and her sentence was commuted to 15 years at a Siberian labor camp.

She was released in 1955, and wrote a book about her exeriences which was published in 1967.